With the 2014 Royal Gambling Club Showcase less than a week away we, here at RGCMG, want to take the time to spotlight one of our artists everyday. Get to know each and every essential cog in the machine that is our label. 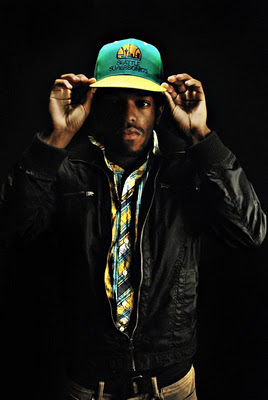 Bio
Carl Fontaine (the artist formerly known as Bigg 330) is an Akron Ohio native born July 8th 1991 as D.J. Grizzard . He was always viewed as very artistic and creative by family and friends. At a young age he would always dance and sing the lyrics to various rap tunes on the radio, such as Kris Kross “Jump”. He acquired an ear for hip-hop and R&B at the age of 6 cutting out pictures of rappers and watching music videos. During his early years, he got into a lot of trouble in school, but in 5th grade he finally found a new talent. At school, when he saw a girl he was interested in, he would write her a song. As time went on he learned to curve his clever word play in his puppy love rhymes into a lyrical display of his daily life. Learning from a lot of up and coming Ohio rappers, uncles, and an older cousin, people began to see potential in his music.

A few years later he moved out west to California due to his mother's marriage. Being in a new environment forced him to combine his mid-west charm with California swagger. While in Los Angeles he was heavily coached over the phone by his cousin Jeremy Jeter on how to creatively swag his on going lyrics into organized songs. With a string business mindset, Bigg 330 quickly began recruiting local rappers and forming his own crew. His team was pumping out a lot of underground music into the area and even doing some shows. Noticing a leadership quality about him, a lot of people would work with him at Glendale High School. After being in Los Angeles County for 2 years he and his family moved to the Inland Empire where he focused his time on school and music. Searching for an opportunity to gain fame, he discovered the “Jerkin Movement”. Being one of the first “Jerks” on YouTube, he noticed that he was getting thousands of plays daily. Bigg 330 realized there were very few jerkin songs in existence, so he made the fourth ever jerkin song entitled “Jerkin Is A Habit” that quickly gained a buzz and became a staple at parties all across Southern California.

Beginning to feel unfulfilled in his musical endeavours, Carl Fontaine decided to finally start making the music he always wanted to, faith-based positive hip-hop. In 2013 he released The Withdrawals, his first album capturing his new unique sound.