With the 2014 Royal Gambling Club Showcase less than a week away we, here at RGCMG, want to take the time to spotlight one of our artists everyday. Get to know each and every essential cog in the machine that is our label.

Check out his social network links:Twitter 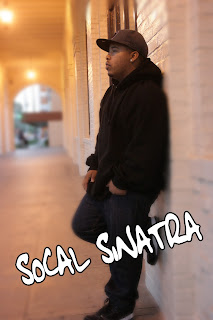 Bio
Growing up in East L.A.'s Boyle Heights, Socal Sinatra discovered his affinity for music when he began battling in middle school. It was in 2004 he moved to Moreno Valley in Southern California's
Inland Empire. In high school he met King Dice and along with Socal's twin brother Ayo Kev, began making music together.
After becoming apart of Royal Gambling Club, Socal plans to release his first project in the later half of 2013.